Wynyard to the world stage 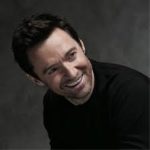 We know the benefits of Frederick Matthias Alexander’s Technique, one that he created to help learn your way out of pain in a day. ‘FM’, as he is popularly known, came from humble beginnings, born at Table Cape on 20 January 1869 in Van Diemen’s Land. But this only helped, not hindered, his rise to become a leading figure in London society as the discoverer of the Alexander Technique.

Through the popularity of his Technique, FM mixed with a cross section of people, including politicians, aristocrats, royalty, actors, musician and performers, as well as many others whose beginnings had more in common with his early years.

He died in 1955 but his legacy continues. In 31 countries, about 4000 teachers continue to teach the Technique, and the many testimonials from people who have benefitted from lessons in are evidence of the value of FM’s discovery.

The Australian Society of Teachers of the Alexander Technique know the amazing effects of the self-help method. But don’t take our word for it!

“I find The Alexander Technique very helpful in my work. Things happen without you trying. They get to be light and relaxed. You must get an Alexander teacher to show it to you.”

Hugh Jackman, Actor, describing the benefits of the Alexander Technique in an interview

“The Alexander Technique helped a long standing back problem, and to get a good night’s sleep after many years of tossing and turning.”

“The Alexander Technique will benefit anyone whether they are an elite athlete or whether they just wish to live life without the aches and pains that many people suffer and accept as part of life. It is a pity that these techniques are not shown to us all at an early age for I have no doubt that this would alleviate many of the causes of ill health in our communities.”

“The Alexander Technique works…I recommend it enthusiastically to anyone who has neck pains or back pain.”

“The Alexander Technique has helped me to undo knots, unblock energy and deal with almost paralysing stage fright.”

”Alexander established not only the beginnings of a far reaching science of the apparently involuntary movements that we call reflexes, but a technique of correction and self-control which forms a substantial addition to our very slender resources in personal education.”

“I love the Alexander Technique. It has corrected my posture, improved my health and changed my life.”

“The Alexander Technique has played an important and beneficial part in my life.”

“The Alexander Technique makes a real difference to my often tense and busy life. Its thoughtful approach has made me calmer, improved my concentration and given me a clearer sense of my own well being. I am grateful for it.”

“In the hands of a good teacher, The Technique is invaluable to anyone who seeks to maintain health physical posture and alignment.”

“With the best intentions, the job of acting can become a display of accumulated bad habits, trapped instincts and blocked energies. Working with the Alexander Technique has given me sightings of another way… Mind and body, work and life together. Real imaginative freedom…”

“Alexander Technique really helped my posture and focus during my stint as Othello… Imagine how excited I was when arrived at the National Theatre for Comedy of Errors and found I could have Alexander taught to me once a week, I was chuffed to little meatballs.”

“Question: Which book changed your life?

Answer: The one the teacher put under my head during the Alexander Technique sessions at RADA. I grew an inch and a half.”

On January 20 2019 teachers of the Technique, family, friends, the interested and the curious will gather in Wynyard to celebrate the man, his life and his legacy.  An open invitation is extended to all where there will be opportunities to have an experience of the Technique with a teacher, and learn more about the man, his legacy, and his family history.

Convict blood and genius in his veins

Few Australians could say they have deeply influenced everyone from actors of the ilk of Dame Judi Dench and Hugh Jackman, and Aussie cricket royalty, to world famous musicians and philosopher and writer Aldous Huxley. One man set to be honoured in early January in a small part of north west Tasmania did just that in an extraordinary career that placed him in the pantheon of our nation’s greatest individuals.

On January 20 1869, John and Betsy Alexander became the proud parents of their first child, Frederick Matthias Alexander. John was a blacksmith, Betsy the daughter of convicts. His grandparents – all four of them – were also convicts, as were his two great uncles. His birthplace, long gone now, was an early settle homestead on Table Cape in Tasmania, a remote land in a distant corner of the then-British Empire.

It was an inauspicious start for someone who would develop a pain relief technique used by people from all walks of life, and see them recognised as one of 200 People Who Made Australia Great, in the book of that title published for the Australian Bicentennial Celebrations in 1988.

Move forward 150 years from 1869 and teachers of the Technique from around the world, together with Alexander family members, will gather in Wynyard over the weekend of January 19-20, to celebrate the sesquicentennial of the birth of FM, as he is popularly known.

“To celebrate the 150th birthday of Frederick Matthias Alexander near where he was born is a fitting tribute, both to the man and to this beautiful part of Tasmania which had such an impact on his life,” Hobart-based Alexander Technique teacher Penny McDonald said. “His early years here sowed the seed for what would become the Alexander Technique (AT) now being taught around the world by more than 4000 teachers.”

Many great actors and top musicians have studied the AT, including Sting, Paul McCartney, Mr Jackman, Dame Judi Dench, Paul Newman, Barry Humphries, and Madonna, amongst others.

“Australian Test cricket great Greg Chappell has learnt it, Victoria Beckham is a recent student, and the enlightened intellectual Aldous Huxley wrote a book about it,” Ms McDonald said.

The birthday weekend celebrations, supported by the Waratah/Wynyard Council, will be a chance for teachers to gather and work with people in the local community who are curious and intrigued about the AT.

“Those interested in the Alexander family history will also have an opportunity to see the work done by local historians and researchers on developing the family tree of the Alexanders in Tasmania,” Ms McDonald said. 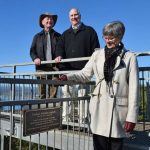 Michael Shellshear and Jenny Thirtle traveled to Wynyard on Tuesday and Wednesday 28 and 29 August to meet the Mayor and several members of the Waratah-Wynyard Council to acknowledge their generous assistance and to ‘recommission’ the plaque. Penny McDonald and Sheila Hale drove 4 hours from Hobart to join us, and we all enjoyed hearing the Alexander history and stories from Derek Smith. Big thanks go to Derek for picking us up and driving us around. The weather and the view were stunning at Table Cape, it was bright, sunny and wind free. The Mayor, Rob Walsh opened the proceedings, by recognising FM Alexander as one of their most prestigious ‘sons’. Michael Shellshear thanked Waratah-Wynyard Council for their financial contribution and their assistance in facilitating the placing of the plaque. A reporter from the local Advocate paper chatted with us and took photos, as did the WW council PR person, Patrick Fahy. Later in the evening, Derek was interviewed by ABC Drive Radio about the event. It can be heard as a podcast on the ABC website. After about an hour of chatting, we returned to the Information Centre in town for morning tea with more talking and planning for the 150th celebrations. It was a very successful trip and we felt very welcomed by the Mayor and Waratah-Wynyard council.

Interview with Michael Shellshear at the unveiling of the plaque on Wynyard Council Facebook page: Click here

Link to article in the Advocate: https://www.theadvocate.com.au/story/5618053/wynyards-most-famous-son-honoured/?cs=87

Recovery tale back in print 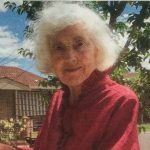 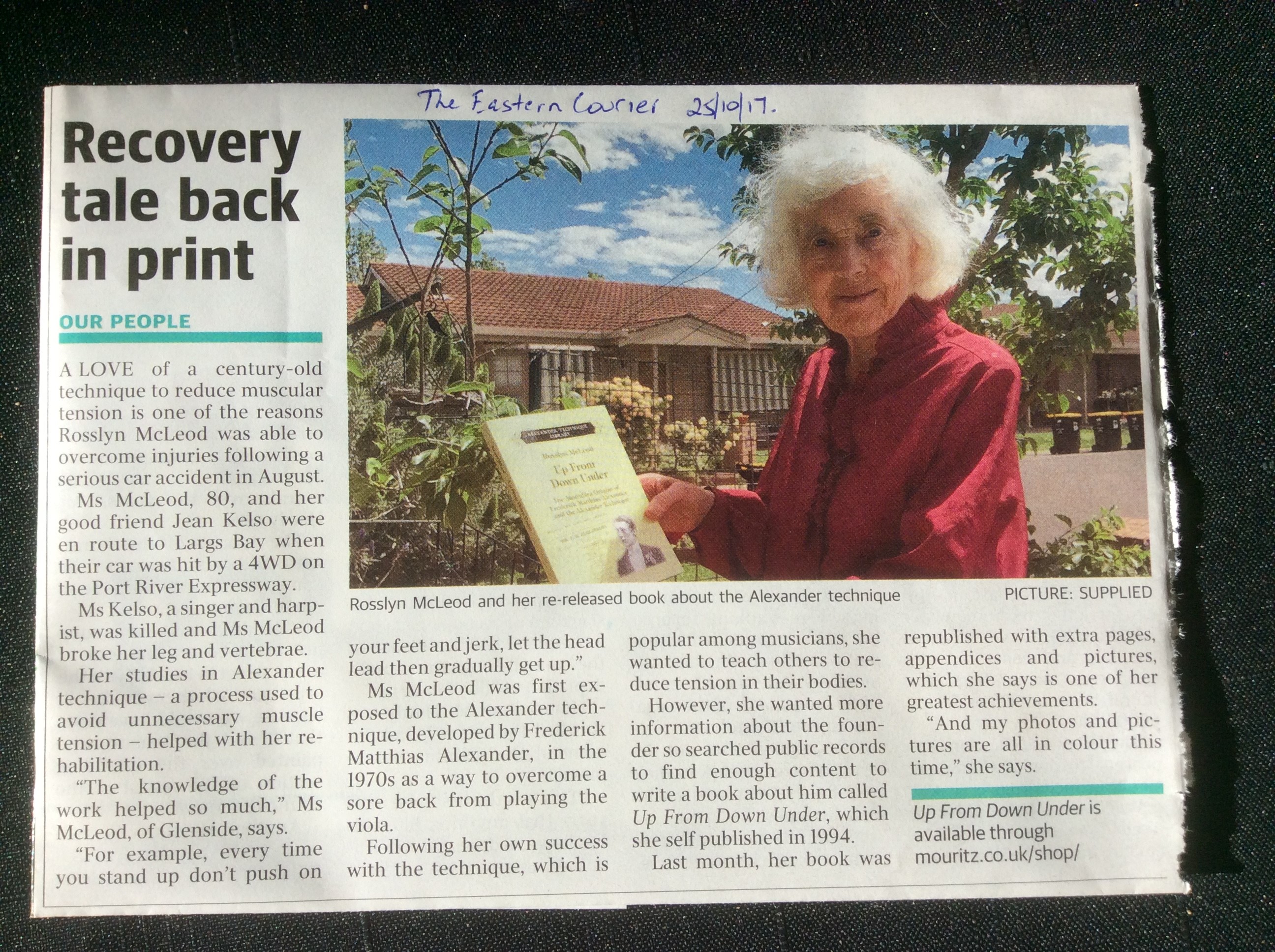