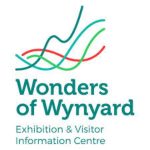 Event:                 Celebrating the 150th anniversary of the birth of Frederick Matthias Alexander, founder of the Alexander Technique

Recognised as one of the top 200 Australians to make Australia great Frederick Matthias Alexander, founder of the Alexander Technique, will be honoured with a 150th birthday celebration on the weekend of January 20. Technique teachers from across Australia will gather in North West Tasmania to mark the occasion of Mr Alexander’s birth at Table Cape Tasmania in 1869.

Harmonic Motion Teacher Course Head Penny McDonald said the Alexander Technique was now taught by 4000 teachers in 31 countries around the world. Despite the Technique being created in Tasmania, most Tasmanians have not heard of this tool that helps overcome negative habits and patterns in the body that create pain.

“We’re sending out an open invitation to locals anyone across Tasmania to join us in celebrating the remarkable feats of one of FM, as he is popularly known around the world,” Ms Mc Donald said. “We encourage anyone with a love of Tasmanian and Australian history to join us on Sunday 20 January.”

“It is such a shame that most Tasmanians do not know about this wonderful technique,” she said. “This amazing man developed a self-help method in their backyard that has given actors, musicians, singers and dancers a freedom in their art. For the millions of people around the world who have pain or discomfort, the Alexander Technique has helped them learn their way out of pain. But only a handful of teachers have taught the Technique in Tasmania which is part of the reason why it is not widely known in its home state.”

The grandson of a convict, FM spent his early years in Wynyard, and many of his extended Alexander family still live in the area. The idyllic countryside undoubtedly influenced FM’s view on life and led him to develop the Technique that has led to so many people enjoying a happier and healthier life.

FM was an actor who was affected by vocal and breathing problems. “Seeking a cure, he watched himself in the mirror, reciting Shakespearean sonnets, and found the answer appeared to lie in his posture,” Ms McDonald said. “He had to re-educate both body and mind, to change his habits and learn new behaviour.”

“It is extraordinary to think at that time in history this man from such a humble part of Tasmania developed a technique that places such a strong emphasis on the power of positive thinking,” Ms McDonald said.

The Alexander Technique focuses on the unconscious habitual ways in which we function – our patterns of posture, movement, and responses to stressful situations – and teaches us to have conscious control over these aspects of ourselves. “An Alexander lesson gives you the tools to learn how to use your body, do activities more efficiently, and this will lead to freedom from pain or discomfort,” Ms McDonald said.

“Many famous celebrities including scientists, medical people, politicians and sportspeople over the last 120 years have studied this method for improving ease of movement and performance.”

A public demonstration and birthday afternoon tea will be held at the Wonders of Wynyard at 3pm on 20 January 2019.