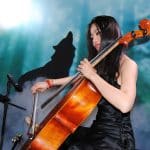 This paper reports on the perceived benefits of AT classes specifically designed for tertiary music students. There is also some information about an Australia-wide AT intervention for orchestral musicians – the Sound Practice Posture Trial, which showed positive results for AT relative to exercise for  ease of movement, playing-related stress, posture, concentration, confidence, techniques to support playing, and overall playing capacity.

Professional and student instrumental musicians experience high rates of playing-related pain (PR pain) and other playing-related musculoskeletal disorders (PRMDs). This significant occupational health risk signals an urgent need for preventive education at the college level. During tertiary studies however, music students may be more focused on musical skill development than health outcomes. Alexander Technique (AT) is reputed to be beneficial for factors relating to both PR pain and the improvement of performance quality in musicians, therefore AT training for music students could be relevant for prevention.

To examine the effects of AT classes for tertiary music students on PR pain, associated risk factors for PR pain, and factors associated with improvements in music performance quality.

Responses were collected from 23 volunteer music performance students at an Australian University who undertook weekly AT classes for one semester using a curriculum specifically designed for music students.

The majority of participants rated AT classes as beneficial for all actors, particularly reduction of PR pain, posture, ability to release excess muscle tension, improvements in instrumental technique, and improvements in performance level. Benefits to practice effectiveness and a reduction in non-playing-related pain, stress levels and performance anxiety were also reported.

Purpose-designed AT classes may contribute to the management of PR pain and pertinent risk factors in music students, thus further investigation of the potential role of AT classes in pain prevention programs is warranted.Reports of benefit across a range of performance-related skills strengthen relevance to music practice and performance.

The Technique, reproduction and the tale of two teachers

Much of my research has been under the umbrella of reproductive psychology, more recently with a focus on the perinatal period, and both maternal and paternal mental health and wellbeing. I’ve worked for several years now with my co-researcher Julie Jomeen, professor of midwifery at the University of Hull.

About three years ago, Julie Jomeen and I put in a bid for an Alexander Technique and pregnancy project which was not successful. We applied the following year and again did not get the funding. Finally, when I’d given up thinking this would happen, a third submission was successful.

The post was advertised and there was a great deal of interest from the Alexander community, both from those interested to apply and those who wanted to be involved in some way if possible. We had a strong field of applicants, and things came together in a way that meant it was possible to take two students. Those students are Nicola and Natasha and I am delighted that they will be starting their PhDs in pregnancy and the Alexander Technique in the (northern) autumn.

I think this is a fantastic opportunity to do some long overdue research into an area where there is an enormous amount of anecdotal evidence that the AT has something unique to offer.

In 2015 I participated in the Limerick Congress and a strange and marvellous chain of events began, culminating with me being offered a PhD place at the University of Hull to research ‘Women’s Experience of the Alexander Technique in Pregnancy’.

This is basically what happened: during the Congress, I visited Ted Dimon’s Continuous Learning classes on anatomy. I was impressed by his clarity and authenticity while presenting as well as his obviously great knowledge.

I later enthused to Lena Schibel, whom I have known since the founding of the German affiliated society in 1984. (Lena is originally from Germany and trains teachers in York.) Listening carefully, she said, “I think you should meet Lesley Glover” and she introduced me. I learned that Lesley is a clinical psychologist and lecturer at the University of Hull.

I went home deeply inspired by the Congress. Lesley and I linked up via Facebook. Now, I am not a great Facebooker but on February 1 this year I happened to scroll down the whole news feed and saw an announcement from Lesley, a link announcing the PhD.

Excited, I contacted her immediately asking if I could apply, which she affirmed. I spent February writing a research proposal and personal statement and getting all necessary documents together, which I submitted in March. An interview (via Skype) followed at the end of April and three days later I was offered the place, which I am greatly honoured to accept.

So, the moral of this story is, speak loudly to people if someone impresses you, and never underestimate networking, you never know what will happen!

Nicola Hanefeld is English but lives in Freiburg, Germany, venue of the 6th International Alexander Congress in 1999. She qualified as a teacher in 1989 with Yehuda Kupermann and has been teaching ever since. She has a combined Honours degree in botany and zoology from Reading University. She is mother of three grown-up children. Member of the ATVD e.V. German affiliated society.

I had been working with pregnant women and their partners as an antenatal teacher for more than 10 years when recurrent acute back pain sent me in search of a solution with the Alexander Technique. I happened to start my lessons with Refia Sacks, who runs the London Centre for Alexander Technique and Training.

I continued lessons long after I ceased to have trouble with my back and that summer Refia told me about Ilana Machover’s Eutokia workshop. She had told Ilana about me and they had agreed that, if I were interested, I could attend even though I was not an Alexander Teacher, or even a trainee.

The workshop was eye-opening and eventually I decided to join Refia’s training school. LCATT has regular exchanges with Ilana’s school in Queen’s Park and over the next few years I also attended Eutokia on two more occasions.

During my training I started to introduce Alexander principles to my antenatal course clients and after I qualified I planned to explore the application of the Technique to pregnancy, birth and the early postnatal period one-to-one and in small groups. I was aware that most of the evidence was anecdotal but then, the evidence for the effectiveness and benefits of the Technique in general is largely experiential.

I had in mind that eventually I would seek to do some academic research. Then the news of the PhD in the Alexander Technique and Pregnancy arrived in my inbox via STAT. It was about 10 weeks between when I heard about the PhD to when I received the email offering me a place.

I am very excited about getting started in September and, eventually, sharing our findings with the AT community and with the wider community involved with women and their families in the perinatal period. It will be interesting to continue to develop my practice while commuting to study at the University of Hull.

Natasha Broke started lessons in the Alexander Technique with Refia Sacks in 2011 and trained at the LCATT, qualifying in July 2016. She lives and works in North London, UK. She is married and has three adult children. From the northern spring 2018 Natasha will start to offer Eutokia workshops for Alexander Teachers interested in learning more about working with women in pregnancy and helping them and their partners to prepare for birth. She is a member of STAT.